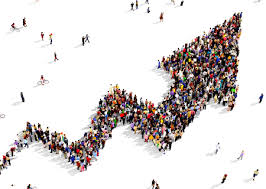 In particular, the rise of blogs:

Digital transparency has devalued, through the mainstream media, “authentic expertise by treating ordinary viewers and readers as the equals of those with genuine insight and experience” to enhance their viewers’ loyalty. Unfortunately, it also impedes their viewers from comprehending or appropriately analysing complex facts and events.

On the internet, where there are no secrets, where information persists for several lifetimes and where truth is relative, users are able to decide the perimeters of transparency,  to fabricate the truth and to create the persona they want. However, users are unable to vet and verify the actual truth.

While reading his book, several contemporaneous examples came to mind such as the Black Lives Matter Movement that started in summer 2013, in the United States and has since then spread itself to different countries, to different nationalities and cultures. Social Media and blogs have definitely given the Movement the tools that it needed to speak up about police brutality on African-Americans, to show proof of police misconduct, to syndicate and organize itself and finally, to resist oppression.

65 thoughts on “Transparency: How Leaders Create a Culture of Candor by Bennis, Goleman, O’Toole and Biederman (part 3)”